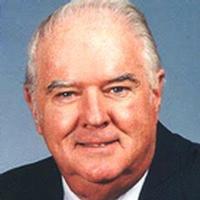 John J. (Jack) McGraw of Kalamazoo passed away Sunday September 4, 2016 at Bronson at Home Hospice Residence, from complications of pneumonia. Jack lived a long and happy life. He was a survivor, overcoming many major health crises including polio, an aortic aneurysm, cancer and more. Jack was born October 7, 1928 in Albany, NY the son of William and Ethel (Armstrong) McGraw. Jack earned a mechanical engineering degree from RPI and enjoyed a career with several companies in the plastics industry. He was a devout Catholic having formed his faith during his early education at Christian Brothers Academy in Albany. He later lived it as an active member of St. Catherine of Siena Catholic Church in Portage, after moving his family to Michigan in 1969. Family and friends were his other great loves. In his retirement, Jack was a dedicated volunteer with a number of organizations including the Portage Senior Center, Kalamazoo Right to Life and Diocese of Kalamazoo Heating Assistance Program. Jack also enjoyed playing golf, especially with his close friend Jimmy Mernagh. On September 20, 1952 in Albany, NY Jack was united in marriage to the former Elizabeth (Betty) Braman who survives. Also surviving are three daughters, Susan McGraw of Whitmore Lake, Kathleen and John Watson of Whitmore Lake, Patricia Gelbaugh of Galesburg; two sons, Robert and Betsy McGraw of Kalamazoo, Joseph and Pamela McGraw of Traverse City; sister in law, Mary Jane McGraw; cousin, Shirley McCartan of Albany, NY; grandchildren, Sara Julius, Jeremy Watson, Jori Gelbaugh, Matthew Gelbaugh, Drew Gelbaugh, Kevin McGraw, Annemarie McGraw, Ian McGraw, and Connor McGraw; three great-grandchildren; many nieces and nephews. He was preceded in death by his son, William McGraw and brother, Edward McGraw. Friends will be received 10 -11 am Saturday September 10, 2016 at St. Catherine of Siena Catholic Church where Mass of Christian Burial will be celebrated at 11 am, with a luncheon at the church following. Interment for the family will be in Mt. Olivet Cemetery. In lieu of flowers memorial contributions may be made to the American Cancer Society Discovery Shop, Kalamazoo Right to Life or Bronson at Home Hospice. Arrangements by Redmond Funeral Home, 4100 S. Westnedge Ave. Kalamazoo, MI 49008 (269) 343-6156. www.redmondfuneralhomes.net
To order memorial trees or send flowers to the family in memory of John "Jack" J. McGraw, please visit our flower store.