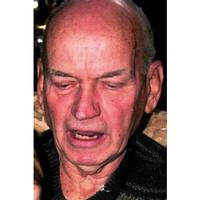 Jack N. Boot of Kalamazoo passed away October 13, 2016 at Borgess Medical Center. Jack was born in Kalamazoo on October 25, 1932 the son of Adrian and Marguerite (Mitten) Boot. He was an accountant for Fisher Body.   Jack was a graduate of Kalamazoo Central and WMU, He was a veteran of the Korean War having served in the US Army.  Jack was an avid tennis player until just recently, and he was a member of the Army traveling tennis team and on the university team while he attended WMU. He was a sports fan especially for Notre Dame football.  Jack enjoyed gardening, walking, bicycling.  He was a member of St. Monica Catholic Church.  He was preceded in death by his wife Ruth on June 30, 2014 and brother, Donald Boot.  He is survived by children Lisa & Chuck Dolley of Lake City, Chris &  Chauntelle Boot of Portage, Kevin & Tonya Boot of Portage, Stephanie & Eugene Vasquez of Kalamazoo, 11 grandchildren, siblings: Barb Thompson and Martha Badalamenti both of Portage, James & Gay Boot St. Ignatious, MT. Several nieces & nephews. Friends will be received Tuesday October 18, 2016 from 5 until 8pm at the Redmond Funeral Home, 4100 S. Westnedge Ave. Kalamazoo, MI 49008 (269) 343-6156. Mass of Christian Burial will be celebrated Wednesday October 19, 2016 at 10 am at St. Monica Catholic Church, Fr. Robert Consani Celebrant. Burial will be in Ft. Custer National Cemetery. Memorials may be made to the Gospel Mission. www.redmondfuneralhomes.net
To order memorial trees or send flowers to the family in memory of Jack Neal Boot, please visit our flower store.