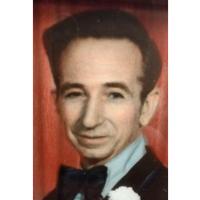 Everett Kokkinos of Portage passed away Wednesday October 26, 2016 in Kalamazoo. Everett was born July 27, 1917 in Nikia Nisyros Greece the son of Elias and Irene (Kontomanolis) Kokkinos. He served in the Greek Navy during WW II. Everett worked as a highly trained Stone Mason all of his life; he loved to work with his hands. He was united in marriage to the former Irene E. Kontonikolaou who preceded him in death. Also preceding him was a brother George Kokkinos and a sister Anna Silvestrou.  Surviving are a daughter, Effie Kokkinos; son, Elliot (Tessie) Kokkinos; three granddaughters, Irene, Vana, Erika; great-grandchildren, Ana, Eli, and Dimitri; brother, Gerasimos Kokkinos. Visitation will be at 10:30 am Saturday October 29, 2016 at Redmond Funeral Home, 4100 S. Westnedge Ave. Kalamazoo, MI 49008 (269) 343-6156 followed by funeral service at 11 am at Annunciation Greek Orthodox Church, Kalamazoo, MI. www.redmondfuneralhomes.net
To order memorial trees or send flowers to the family in memory of Everett Kokkinos, please visit our flower store.