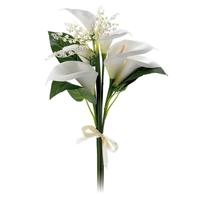 Carl  J. Smith of Kalamazoo, passed away October 31, 2016. Carl was born in Kalamazoo on October 16, 1952 the son of Carroll and Audrey (Russon) Smith. He drove a Wrecker. He loves fishing and being a race car driver he loved racing with his brother in law Bud and friends. He was preceded in death by his parents, 2 sisters and 2 brothers. Carl is survived by his wife Cindy, children: Nathan (Peggy), Jamie (Christina), Shane (Toniesha), Clint(Holly) and Bubba (Kasey) Smith, 12 grandchildren and a great granddaughter, several nieces & nephews and close friends Chris Schulzt "putz" and Ron Houser. Friends will be received at Redmond Funeral Home, 4100 S. Westnedge Ave. Kalamazoo, MI 49008, 269-343-6156 November 4, 2016 from Noon until service time at 1:00pm. Burial will be in Mt. Ever- Rest Memorial Park - North. A luncheon in remembrance will be held after at the Eagles on Kings hwy. Memorial may be to Redmond Funeral Home to help with funeral costs. www.redmondfuneralhomes.net
To order memorial trees or send flowers to the family in memory of Carl J. Smith, please visit our flower store.