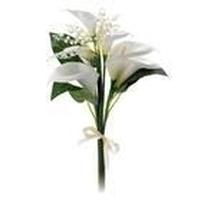 Ernest Piechocki of Kalamazoo passed away Monday January 9, 2017 at Rose Arbor Hospice. Ernest was born April 18, 1926 in South Bend, IN the son of Joseph and Harriet (Ewald) Piechocki. He was a graduate of Kalamazoo College where he was the quarterback on the football team and was a WWII Veteran serving in the U.S. Navy where he received a star and ribbon for the Philippine Liberation campaign. Ernest retired from Shakespeare’s in Kalamazoo. He enjoyed golfing, traveling, and his summer cottage fishing on Long Lake and was an avid Notre Dame football fan. On November 22, 1947 Ernest was united in marriage to the former Gloria Lagocki who survives. They were charter members of St. Ambrose Catholic Church in Parchment and active in parish activities. Also surviving are his son Jim Piechocki of Kalamazoo; grandson, Cody Piechocki of Kalamazoo; sister, Virginia Mattens-Molenda of Granger,IN; and several nieces & nephews. He was preceded in death by three brothers, Eugene, Richard and Ted Piechocki. Ernie will be remembered as a man who never judged anyone and accepted everyone for who they were. He was a devoted husband, father, brother, son and friend to all. Friends will be received 2-4 & 6-8 pm Friday January 13, 2017 at Parchment Redmond Funeral Home where a Rosary will be recited at 7:30 pm. Mass of Christian Burial will be celebrated 10:30 am Saturday January 14, 2017 at St. Ambrose Catholic Church 1628 East G Ave. Parchment, MI. Interment will be in Mt. Olivet Cemetery. Memorial contributions may be made to the American Cancer Society. www.redmondfuneralhomes.net
To order memorial trees or send flowers to the family in memory of Ernest Piechocki, please visit our flower store.