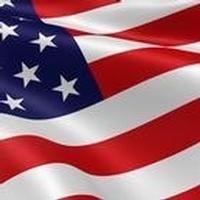 Donald Manley Cartwright of Kalamazoo passed away March 8, 2017 at Vincinia Gardens, Otsego. Don was born in Grant, MI on February 27, 1928 the son of Manley and Matie (Allison) Cartwright. He was a veteran of WWII having served in the Navy. He was employed at Otis Elevator as a mechanic and was a member of St. Joseph Catholic Church. He was preceded in death by his wife, Aida (Lopez) Cartwright of the Philippines, daughter & son in law: Mata & Perry Thomas. Don is survived by 2 children: Robert & Debbie Cartwright of Grosse Pointe and Linda & Tom Massura of Kalamazoo, 7 grandchildren, 5 great granddaughters, several nieces & nephews. Friends are being received Sunday March 12 from 2 until 4pm at Redmond Funeral Home, 4100 S. Westnedge, 269-343-6156, where services will be held Monday March 13 at 11:30 am Father Michael Hazard Celebrant. Burial will be in Fort Custer National Cemetery, Augusta. Memorials may be made to Grace Hospice.
To order memorial trees or send flowers to the family in memory of Donald Manley Cartwright, please visit our flower store.