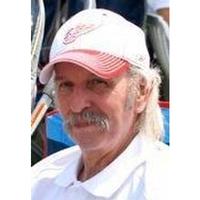 Scott T. Bradley of Kalamazoo passed away Friday March 31, 2017 at Bronson Methodist Hospital. Scott was born June 9, 1951 in Kalamazoo the son of Frank and Marjorie (Seymour) Bradley. He enjoyed NASCAR and his nickname was NASCAR Scott and was an avid fan of the Detroit Red Wings, Tigers and U of M Football. He was a dedicated worker; he worked at Harding in Parchment for 20 years and then other local factories through the years the most recent was Mann Hummel. Surviving are his children, Jami (Todd) Vandermeer of Kalamazoo, Justin (Corinne) Bradley of Kalamazoo; brother, Cory (Bob) Bradley of Kalamazoo; four grandchildren, Jared, Jordyn, Jakob, and Claire; former wife, Kandy Bradley; two nieces and a nephew. Friends are being received 5-8 pm Wednesday April 5, 2017 at Parchment Redmond Funeral Home, 2300 East “G” Ave. Parchment, MI 49004 (269) 349-7735. Interment will be in Riverside Cemetery at a later date. Memorial contributions may be made to Parchment Little League.
To order memorial trees or send flowers to the family in memory of Scott T. Bradley, please visit our flower store.