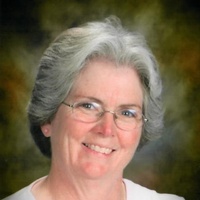 Carol Jane Houser passed away on February 7, 2018 at her home in Kalamazoo, Michigan. She was born to Carl and Cecilia (Sager) McMillian April 14, 1960 in Kalamazoo, graduating Comstock High School and attending Anderson College in Indiana.  Carol was united in marriage to the late Robert Houser, who preceded her in death in 2012. She was proud of her work as a teacher’s aide, and enjoyed quilting, bowling, and collecting M&M’s memorabilia.  Carol is survived by her brother Colin McMillan, as well as many aunts, uncles, cousins, nieces, nephews and friends. A service will be held at 11:00 AM on February 17, 2018 at Grace Harbor Church in Kalamazoo, Michigan. Memorial Donations can be made to the American Cancer Society or the YMCA of Greater Kalamazoo.
To order memorial trees or send flowers to the family in memory of Carol Jane Houser, please visit our flower store.