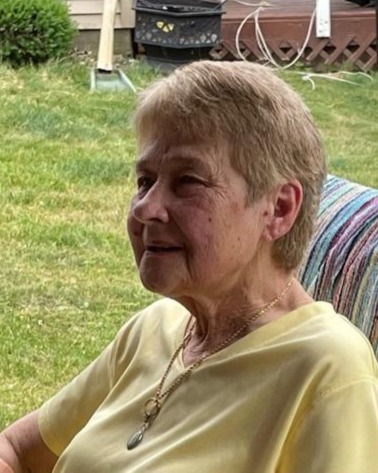 Christine J. (Wlodarczyk), 74, was peacefully called home to be with the Lord on January 12th, 2023, after a brave fight with a brief illness.  Her passing came just 1 day shy of her 75th birthday.  She was surrounded by family and her beloved fur baby, Salsa.

Christine was born on January 13, 1948, to the late Wincenty and Zofia Wlodarczyk in a displaced person’s camp in Germany after her family was forced to leave Poland during WWII.  Like many families who survived the Holocaust, she and her family emigrated to the United States as refugees, later settling in Hamtramck, MI.  There, her father was able to find work as a baker to support his family and Christine, her older brother George and their parents made it their permanent home.  As the 2nd largest populated Polish city in America at the time, they were all grateful to land in an area rich in Polish culture, people, and similar circumstances.

Shortly after graduating High School, she met and later married Leslie Wotta while he was attending Barber School in Hamtrack.  She then moved to Kalamazoo where Leslie was already established, later adopting 2 children, Matthew, and Stacy.  Although the marriage ended after 16 years, Christine stayed in Kalamazoo and built a life with her ling-time partner of 28 years, Robert Faulk until his passing in 2012.

Throughout her life, she has made and cherished many loving and lifelong friends gathered along her journey from her 30+ years of employment at Marriott Hotels, various social gatherings, nurtured from childhood, or the good fortune of simply living on the same street.  As an avid animal lover, she would often talk about her beloved Pomeranian, Duffy, the silly antics of her cat, Sammie, or how grateful she was for the 11-year companionship of her best friend, Salsa who was right by her side when she took her last breath.

If she wasn’t talking with neighbors, working in the yard, or lounging with Salsa, you might find her caring for her gorgeous collection of violets, listening and dancing along to some Tom Jones or quietly crocheting a blanket.  Christine will be remembered for her strong Polish roots, proud Catholic faith, large laugh, and free spirit.

She was preceded in death by her parents: Wincenty and Zofia, former husband: Leslie Wotta, longtime partner: Robert Faulk, and son-in-law Alan Hawkins.

To order memorial trees or send flowers to the family in memory of Christine Janina Wotta, please visit our flower store.