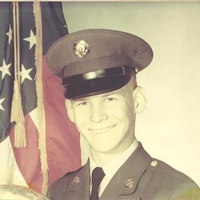 Donald “Paul” Paul Bowler passed away December 28th, 2017 at his residence. Paul was born June 3, 1950 to Donald and Suzanne (Sager) Bowler in Kalamazoo, Michigan. He graduated from Portage Northern High School, was a member of the Comstock VFW, was a talented handyman, and enjoyed fishing and hunting. Paul served in the US Army during the Vietnam War, and remained proud of his sacrifice to his country. He is survived by his siblings; James (Linda) Bowler of Comstock, Dave Bowler of Bloomingdale, Patrick (Michelle) Bowler of Cassopolis, John Bowler of Portage, Christine (Jim) Kurtz of Comstock, his children; Sheryl (Ross) Peterson of Kalamazoo, Terri (Eric) Crippin of Winamac, IN, Kerry (Ty) Kendall of Granger, IN, grandchildren; Christopher, Jennifer, Carolyn, Phillip, Jonathon. Paul is preceded in death by his siblings Gilbert Bowler and Mary Jo Bowler. Internment of cremains will be held at Ft. Custer National Cemetery in Augusta, MI, January 5, 2018 at 11:30 am.
To order memorial trees or send flowers to the family in memory of Donald Paul Bowler, please visit our flower store.