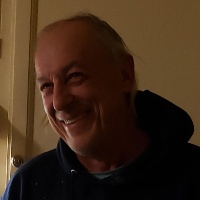 Edward R. Santora passed away peacefully at home on Friday June 14, 2019 . Ed, was born on March 9, 1954 in Muskegon, MI to the late Clarence and Donna Santora. He married Linda Shepard and together they raised their three children. Ed, was employed with Powell Custom Homes of Mattawan, for several years. Ed, had a deep passion for Motorsports, he enjoyed building a championship racecar . He took great pride and enjoyment in passing his legacy and the number 5 on to his son and grandsons. Ed was a man of many talents. He could take you through a journey of building a championship racecar , from every nut and bolt, or converse you with policial topics of the day. He could share with you his knowledgeof creating award winning garden, but Ed's greatest trophies of all was his family, each and everyone of them took first place. Ed, was also proceeded in death by his brother Kenneth (Chuck) Santora and sister Carla Melson (Rob). He is survied by his wife and children. Linda Santora of Comstock. Kimmi Ames (Michael) , of Comstock. Edward Santora Jr. ( Angel) of Mattawan and Jennifer Jackson (Keith) of Comstock. Sister Marge Foote (Harry) of Vicksburg and brother Greg (Kathy) Santora of Battlecreek. He was also proceeded in death by a very close nephew ,Todd Foote. Ed, had 14 grandchildren , 6 great-grandchildren, many nieces, nephews, cousins and friends. A memorial service will be held 4 pm Monday July 8, 2019 at Redmond Funeral Home, 4100 S.Westnedge Ave. Kalamazoo, MI 49008. (269) 343-6156. www.redmonduneralhomes.net
To order memorial trees or send flowers to the family in memory of Edward Ray Santora, please visit our flower store.