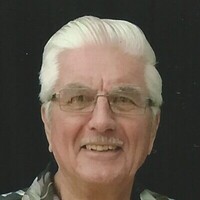 On September 12, 2022, Eldon E. Cattell went home to be with his Savior. He was born in Sturgis, MI. on October 10, 1937, the son of Milton and Eunice (Brouse) Cattell. He proudly served in the United States Army. Eldon was a non-commissioned officer with the Michigan Army National Guard. He was a member of the Michigan Emergency Volunteers, served a total of 35 years with the Military, was employed 16 years with the Michigan State Highway Department, and in his retirement, worked eight years as Security at Disney World. He also enjoyed and collected classic cars. He was preceded in death by a grandson, Michael, and a sister, Myrna Rogers. Eldon is survived by his wife of 38 years, Janet (Snook) Cattell. Also surviving are children Lisa and Charlie Otto of Dayton, OH, Michael and Patty Cattell of Huber Hts, OH, three grandchildren: Josh, Marie and Ian, five great grandchildren, half-brother, Randy Jones of Kalamazoo, sister, Lila and Wayne Mostrom of Centreville, brother-in-law, Harold "Red" Rodgers, and several nieces & nephews. Friends will be received Monday, September 19, 2022 from 12:30 p.m. until the service time of 1:30 p.m. Pastor Curt Griffis officiating. The burial will take place at Oaklawn Cemetery in Sturgis, MI. In lieu of flowers, memorials may be made to Faith Chapel Ministries
To order memorial trees or send flowers to the family in memory of Eldon Earl Cattell, please visit our flower store.