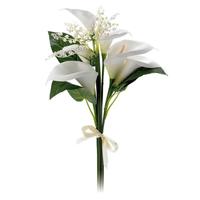 Gloria A. Piechocki 90 of Kalamazoo, passed away Tuesday April 11, 2017 at Rose Arbor Hospice. Gloria was born August 11, 1926 in South Bend, IN the daughter of Walter and Genevieve (Rybak) Lagocki. She was a Charter member and involved in many activities at St. Ambrose Catholic Church and was active in dinner clubs in Kalamazoo especially Pacific Inn and the Beacon Club. On November 22, 1947 in South Bend Gloria was united in marriage to Ernest Piechocki who preceded her in death on January 9, 2017. Also preceding her in death were her parents and step-mother Angie Lagocki; brother Ervin Lagocki and sister Betty Peczkowski. Surviving are her son Jim Piechocki of Kalamazoo; grandson, Cody Piechocki of Kalamazoo; several nieces & nephews. Friends will be received10-11am Monday April 17, 2017 at St. Ambrose Catholic Church where a Mass of Christian Burial will be celebrated following at 11am. Interment will be in Mt. Olivet Cemetery. Memorial contributions may be made to American Heart Association. Arrangements by Parchment Redmond Funeral Home, 2300 East "G" Ave. Parchment, MI 49004 (269) 349-7735. www.redmondfuneralhomes.net
To order memorial trees or send flowers to the family in memory of Gloria Adeline Piechocki, please visit our flower store.