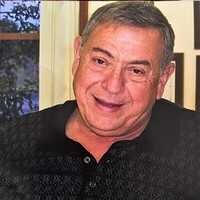 Passed away March 5, 2021 at home. Jim was born on April 21,1943 in Hamilton, OH the son of Samuel and Irene (Long) Johnson. He was a Tool and Die make and worked from GM then Checker Motors then Western Diversified Plastics in Mattawan. He was the Head District Umpire and active in Portage Little League, he was involved with youth sports, enjoyed fishing, boating and was a sports fan. James is survived by his wife Patricia whom he married August 8, 1964 in Brookville, IN, also surviving are two sons: Bryan Johnson of Portage and Bradley (Renee) Johnson of Sherwood, Sister in law: Carol Johnson of Richland, 7 grandchildren: Jessie, Bryce, Lauren, Jaxson, Brady, Brook and Brenna, 2 greatgrandchildren: Nelah and Hayden, siblings: George Johnson of Burlington, Samuel (Diane) Johnson of Marcellus, Charlie (Diane) Johnson of L'anse, several nieces and nephews, Preceding him death are siblings: Roy Johnson and Norma Jean Johnson. Friends will be received Saturday March 13, 2021 from 12 until 1pm at Redmond Funeral Home, Kalamazoo where family services to follow at 1 pm. Interment will be in Maple Grove Cemetery, Brookville, IN. Memorials may be made to South Portage Little League.
To order memorial trees or send flowers to the family in memory of James Barnard Johnson, please visit our flower store.