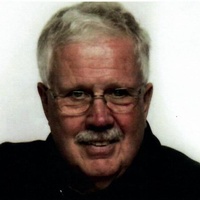 James Bruce Young 76, of Kalamazoo passed away unexpectedly at Borgess Hospitalon March 8, 2019, surrounded by his loving family.Jim was born on June 10, 1942 in Sturgis, Michigan to Harold and Catherine (Hosek)Young, which preceded him in death. He is also preceded in death by is father and mother lawCarl and Bea Molter. Jim graduated from Sturgis High School in 1960 and Western Michigan University in1964 with BS and 1969 with a MA in English literature with his teaching degree. While at WMUhe served in the Naval Reserves from 1964­66 and spent six months in Antarctica as anAntarctic Supports Officer at McMurdo naval research station.In 1966 Jim started teaching at Sturgis Middle school where he taught eighth gradeEnglish for 32 years. Mr. Young was a memorable teacher to the many students he worked withduring his tenure. He also developed innovating reading and writing programs that encouragedeven his most reluctant students to enjoy reading. Easter Sunday 1969 he met his future wife Sandra Molter at Trinity Lutheran Church. OnDecember 20, 1969 they were married. Jim and Sandy raised their two daughters in Sturgis andattended Trinity Lutheran Church before their retirement. He was actively engaged at TrinityLutheran Church while living in Sturgis.In 1998 Jim retired from teaching and shortly after moved to Kalamazoo where heremained active and enjoyed gardening. Jim spent his life dedicated to his family and devoted to his friends. He loved gardening,taking care of his Labrador retriever Maggie, was a season ticket holder of WMU footballgames, cheered on the University of Michigan sports teams, and treasured spending time withhis four grandchildren. Survived by his wife of 49 years, Sandra (Molter), daughters: Julie (Shawn) Van Egmondand Kimberly (Charles) Johnson, and 4 grandchildren Noah and Grace Johnson, Dylan andHarper Van Egmond, two sisters; Janice Courtney and Jeanine Young­Mason, his aunt anduncle Arlene (Young) and Gerald Peeke, sisters­in law Carrol (Allen) Kasdorf and Kathy(Richard) Wilson, and many nieces and nephews. In lieu of flowers, donations can be made in memory of Jim for the Young FamilyEducational Scholarship at the Sturgis Area Community Foundation 310 N. Franks Ave.,Sturgis, MI 49091. Sturgisfoundation.org A visitation will take place on Tuesday, March 12 from 5-­8 pm at Parchment Redmond Funeral Home2300 East G Avenue Parchment, MI 49004 (269) 349-7735. A burial service will take place at Fort Custer National Cemetery at a later date. www.redmondfuneralhomes.net
To order memorial trees or send flowers to the family in memory of James Bruce Young, please visit our flower store.