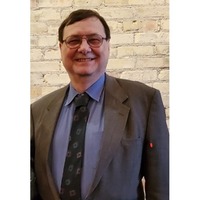 John Francis Rush, 74, of Portage passed away Thursday August 4, 2022 at Bronson Methodist Hospital. John was born January 10, 1948 in Detroit to John and Marjory (Banyai) Rush. On August 29, 1970 in Southgate, John married Georgiana Mayotte together they have one son, John (Tracy) Rush; granddaughter, Amanda (Christopher) Baareman; great- granddaughter, Athriona Loyd; two sisters, Susan (Jim) Boyd, Janet Nagorski; numerous in-laws, nieces, and nephews. John was a sergeant in the U.S. Army and served in Korea during the Vietnam War. He was a member of St. Catherine of Sienna Catholic Church. John was an exceptional information technical engineer for the Upjohn Company and Meijer Corporate Headquarters. Being he was a devoted family man, he took great joy in spending time with them. He was also a muscle car enthusiast and enjoyed hunting and working with computers. Family and friends will be received 6-8 pm Wednesday August 10, 2022 at Redmond Funeral Home, Kalamazoo where a Rosary will be recited at 7:30 pm. Additional viewing will take place 10-11 am Thursday August 11, 2022 at St. Catherine of Sienna Catholic Church prior to the Mass of Christian Burial. Interment will take place at a later date, at Our Lady of Hope Cemetery, Brownstown, MI. Memorial contributions may be made to the American Diabetes Association. https://www.diabetes.org/?form=Donate www.redmondfuneralhomes.net
To order memorial trees or send flowers to the family in memory of John Francis Rush, please visit our flower store.