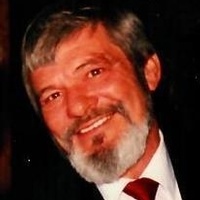 Born September 29, 1932 in New London, Connecticut to John (Jack) and Florence (Mosher) Singleton. John went to be with his family on August 1, 2017 while at the VA Medical Center in Battle Creek, MI. He was preceded in death by both parents, wife Donna (Teeter) Singleton, son Brian Singleton, sisters Shirley Courtney, Lillian Blank, Roberta Carter and brother Larry Singleton. John is survived by daughter-in-law June Singleton, sisters Mary Riefel (Hank Becerra), Ina (Terry) Bingham. Also surviving are many nieces and nephews, cousins Melodie and Bill Webber and many special friends; of course we can’t forget DD and DC. John had been in the US Navy/SN prior to being married to Donna. After they were married they had their son Brian who was the light of their lives. Most of all, John enjoyed family, friends, golf and going to South Haven. John had a few jobs during his lifetime, but most recent was at the Kalamazoo Gazette where he spent the last 32 years traveling the roads of Pavilion Township delivering the paper and keeping everyone informed. Visitation is Friday August 4 from 11am to 1pm with the memorial service immediately following at 1pm at Redmond Funeral Home 4100 S. Westnedge Ave. Kalamazoo, MI 49008. John will then go to Mount Ever-Rest Memorial Park to be laid to rest. Pastor Steve Szekely from Word of Life Church will be officiating. In lieu of flowers family requests donations to help with some expenses. www.redmondfuneralhomes.net
To order memorial trees or send flowers to the family in memory of John Copley Singleton Jr, please visit our flower store.