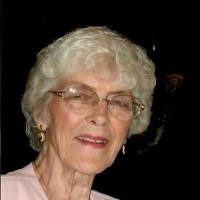 Margaret (Marge) Miller, age 83, of Portage, MI, passed away peacefully on Sunday, July 7, 2019, surrounded by family, at Heritage Community of Kalamazoo, in Kalamazoo, MI.She was born in Milwaukee, WI, on June 11, 1936, the second of eleven children of Frank and Margaret Lewis. After residing in Wisconsin and Illinois until 1982, she relocated to Portage, MI until her death.She married Glenn Miller on August 10, 1957, in Elm Grove, WI, and was married for 53 years, until Glenn’s death in 2010. She is survived by her children Gail Koshgarian (Rick), Randy, Gary (Cathy), and Theresa; as well as her grandchildren Patrick (Joselyn), Crystal Motelet (Jeff), Brian, Courtney, Matthew, Austin Kucharski, Meaghan, and Amanda; her great grandchildren Margaret and Jane; in addition to her sisters Lillian and Eileen; and brothers Dale, Tim, and Tom. She is preceded in death by her son Michael in 2014.Marge graduated from Pius High School in Milwaukee, WI then worked at Allis Chalmers, where she met her husband and began raising her family in Milwaukee, Racine, and Appleton, WI, before moving to Northbrook, IL, where she sought employment as a driver for special needs children, and held that position for many years. She played a major role in resurrecting the St. Norbert’s school concessions program, and interned dozens of students in the process. She led the St. Norbert’s choir. After moving to Portage, she worked for Upjohn and Pharmacia & Upjohn as Executive Assistant and Service Suite Coordinator. She sang in the Portage Senior Center choir and loved following her grandchildren’s endeavors. She spent almost 20 years commuting back and forth weekly to Prospect Heights, IL to assist in the care of her special needs granddaughter. Visitation (Church & Chapel, Brookfield, WI), Funeral Mass (St. John Vianney, Brookfield, WI), and Interment will be held Saturday, July 13th. In addition, Visitation service in Kalamazoo, MI will be held on Thursday, July 18th, from 6 to 8 PM, at Redmond Funeral Home, 4100 S. Westnedge Ave., Kalamazoo, MI 49008. In lieu of flowers, donations can be made to: PATHS - in memory of Margaret Miller. 520 S. Plum Grove Road Palatine, IL 60067 PATHS is the organization that manages Kirk School in Palatine, IL – where Courtney attended until age 21 – and where Marge volunteered for over 15 years.
To order memorial trees or send flowers to the family in memory of Margaret Lucille Miller, please visit our flower store.