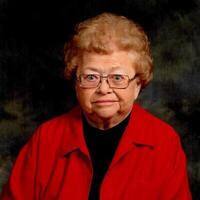 Patricia C. Hiatt of Kalamazoo passed away Wednesday December 30, 2020 at Oakview Terrace Assisted Living. Pat was born February 7, 1935 in Kalamazoo, the daughter of Miles and Genevieve (Triechman) McKinney. She graduated High School in Hillsdale, MI in 1953. Pat received her Bachelor’s degree from Western Michigan University in 1957, and later her Master’s in 1968. She taught in the Comstock School System for many years. Pat was very involved in Kalamazoo Township Government where she served as a Trustee, Police Commissioner, Fire Commissioner, Interim Supervisor, and served on the Zoning and Sewer Board of Appeals. She was a member of St. Ambrose Catholic Church, and an Avon representative. She enjoyed reading, going to the casino, playing cards and watching Jeopardy. On August 8, 1959 Pat was united in marriage to Leonard “Bud” Hiatt who preceded her in death on January 4, 2014. Also preceding her in death is a sister, Linda McKinney. Surviving are two children; Steve Hiatt, Betsy (Steve) Beatty; brother, Jim Carbone; three grandchildren, Eric & Sarah Beatty and Zane Hiatt; former daughter-in-law, Michelle Hiatt, and multiple cousins, nieces and nephews. A visitation will be held at the Redmond Funeral Home in Parchment, MI on Wednesday, June 30th from 4-7 pm, and a memorial Mass will be held at St. Ambrose Catholic Church on July 1st at 11am. Interment will be in Grand Prairie Cemetery. Memorial contributions may be made to St. Ambrose Church or Hospice of Southwest Michigan. Arrangements by Parchment Redmond Funeral Home. www.redmondfuneralhomes.net
To order memorial trees or send flowers to the family in memory of Patricia C. Hiatt, please visit our flower store.