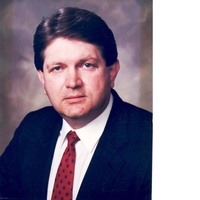 Mike Stafford, age 73, passed away Sunday, October 15, 2017 at Bronson Methodist Hospital, surrounded by family and friends. Mike was born November 27, 1943 in Chillicothe, OH, the son of Paul and Georgia (Lewis) Stafford. On May 23, 1964, Mike was united in marriage to the former Sue Ellen Schiller who survives.  Also surviving are two children, Brian (Wendy) Stafford of Schoolcraft, MI, and Debra (Rich) Curfman of Hilliard, OH; two sisters, Pamela Stafford of Columbus, OH, and Paula (Les) Bennett of Chillicothe, OH; seven grandchildren, Joshua (Kayla), Connor (Haley), Logan, and Hayley Curfman; Olivia, Mikayla, and Phillip Stafford; great-grandson, Jace Curfman; several nieces & nephews; and his favorite dog, Daisy. Spending time with his children and grandchildren was a favorite pastime. He was a member of Calvary Bible Church where he served as a Deacon for six years and helped in many other areas of the Church. Mike retired as an IT consultant after spending over 50 years in the computer field. He was also an Eagle Scout when he was younger where he enjoyed hiking, camping, canoeing, and other outdoor activities. Traveling to Hawaii, Alaska, Europe and Australia was also enjoyed. Friends will be received 6-8 pm Thursday at Parchment-Redmond Funeral Home. Services will be held 11 am Friday at Calvary Bible Church. Interment will be held 11 am Monday at Floral Hills Memory Gardens, Chillicothe, OH. Memorial contributions may be made to Calvary Bible Church.
To order memorial trees or send flowers to the family in memory of Paul Michael "Mike" Stafford, please visit our flower store.