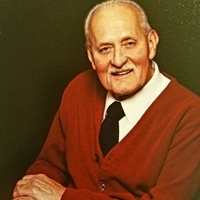 Roland Joseph LeBlanc passed away early morning on May 11, 2020 from complications of dementia and heart failure at the age of 89 in Kalamazoo, Michigan.

Roland was born in Sudbury, Canada on October 4, 1930 to Joseph and Leonie LeBlanc, and was one of 16 children (12 surviving; 4 died prior to or at birth).  His name at birth was Joseph Roland Adlar LeBlanc, but he later changed it when he immigrated to the United States. His siblings from oldest to youngest are:  Margaret, Jeannette, Rita, Marcella, Leo (deceased), Aline, Noella, Roger, Gloria, Virginia, and Constance; Roland was the oldest son and the 3rd sibling.

Roland grew up in Riverside now called Windsor, Ontario, and helped his dad with the 11.5 acre family farm on 4050 Little River Road during his childhood years.  From a very young age, he had a love of science, airplanes and a desire to fly.  Roland built home-made airplanes and gliders, but he wasn’t too successful using them to jump off the barn roof.  By the age of 15, he was expelled from school and worked on the farm full time with his dad and read books every night on science and the newspapers about the war.  From the age of 16-21 years, he worked in a pop bottling factory.  At 18 years old, he started taking flying lessons at the Leaven’s Brothers School at the Windsor Airport from a Lancaster Bomber Pilot who flew over Germany in World War II, and by age 19 he has his pilot license.  Then, his airplane adventures began.  He flew under the Ambassador Bridge, trying things that not many pilots would and as a result had two forced landings.  Roland flew the Aeronca Champion, a two-seater plane with a tail dragger.  He was a member of the Monarch Flying Club, and then one day while flying his plane the engine just stopped at a high altitude, and Roland had no idea how to get the plane back onto the ground, but he did and never could tell us quite how he managed that.  Roland’s carefree days of flying like Flatspin Fumble, a cartoon character in the flight instruction manual who made mistakes and did not adhere to flying regulations, were over, so he decided for his own safety.  His interest then was in NASA and space exploration of the moon, stars, and planets; Roland always said if he had been born 30 years later, he would have been an astronaut.

Roland went to the University of Windsor and graduated with a B.S. in Science and Philosophy and minored in Mathematics.  He also attended R.E.T.S. Electronic School, where he later became an instructor of electronics for several years.  He worked at Channel 9 as a camera man, and then in 1967 he moved to Westland, Michigan, and worked in television repair for local hospitals for Sylvania, Inc. until late 1970’s when he decided to open his own television repair business, called Wright T.V. Services, which was fruitful for many years until the cathode ray televisions were succeeded by the LCD flat screen devices.  Roland decided it was best to close his shop and work for Granada, which serviced the local hospital system surrounding Toledo, Ohio.

In 1964, Roland married Monique LeBlanc, and they had 5 children in the years to come – Suzanne, Gregory, Jeffrey, Cherie, and Jennifer.  Roland loved and was very dedicated to his family through the joys and trials of life.  He spent most of his days working, but when not working he would spend the evenings with family, sparking our interest in science and science fiction shows such as Star Trek, and would invent electronic games for us kids to play with.  On the weekends, he would take his family to Canada to be with extended family.  His family meant everything to him, and he was quite successful in life.  However, Roland’s greatest achievement would come in his final years.

In 2007, both Roland and Monique moved to Portage, Mi to live with me (Suzanne) due to circumstances that were beyond their control.  Yes, life comes with great trials and tribulations, and it was not easy, but God had a plan, for He always does.  Roland grew up in the Catholic Church, and when the Charismatic Catholic Renewal broke out in the late 1970’s, my parents brought us to the revivals in the local area and at St. Richard’s Catholic Church.  I recall my dad singing Amazing Grace each morning while he shaved, and it was during this time that our family grew close to God and all was well with us for the first time I could ever remember.  But, then my dad’s television business flourished and priorities somehow changed; he was working literally night and day to keep his business going, and somehow God took a backseat.  When God is not a priority, then life gets even more difficult.  During the years that followed, our family experienced great trials and difficulties beyond our control that lead to great, great sorrow for our family.  Through these years, I saw my dad feel that God was angry with him and/or abandoned him, so when he saw I was a Jesus-Freak, we clashed, yet he respected me.  It was during these years that my dad’s heart would soften towards the Lord, yet my dad still kept God at a distance. With the death of both my sisters, Cherie in 2000 and Jennifer in 2015, I know my dad felt he had failed, when in reality he could have not have done anything to prevent their untimely deaths.  Life never goes as we plan or think it should.

My dad always said he would live forever or until 120 years of age; he planned on remaining on earth, but I told him that is not possible, for our soul either goes to heaven or hell.  It’s a choice we each have to make, but for many years my dad refused to believe that, and I would tell him the biblical truth that our body dies as a result of the sin nature and our soul – is eternal and has to go somewhere – either heaven or hell. God did not make us to be robots, and so God gave humankind a choice; we either choose God or not, and when we do not choose God, we have chosen Satan by default.  So, we kept praying and God does answer prayer in due time. It wasn’t until the summer of 2017 that my dad heard a sermon about the Love of God at His House Church that he finally understood (and I realized that was somehow kept from him even though he may have heard it before) –  that God is love and truly loves him for who he is in spite of all the shortcomings because all have sinned and fallen short of the glory of God. Yes, God loves every person on the planet – regardless if people choose God or not, for God first chose us by sending his son, Jesus, to die for our sins before the foundations of the earth and even before we were ever created (Ephesians 1:4).  That day, I led my dad in the Salvation Prayer, and even though the dementia was taking ahold of him in this hour, God broke through and he finally understood the love of God, but even though he said that prayer, my dad still did not know if Jesus was truly the way, the truth, and the life, and that no one comes to the Father except through Jesus (John 14:6).  He just did not know, and that’s okay because God will work with our yieldedness to Him and God’s ways our higher than our ways and Holy Spirit works out our salvation – it’s a divine mystery.  We just have to choose God and God does all the rest.

For the next 2.5 years, my dad was placed in the nursing home, which was very challenging and difficult for him.  But, there he got the best care for the dementia that was gripping him.  It was there that my dad had the time to reflect on his life and for the first time ever, I saw him carry a Bible around.  I had no idea if he could read it or not, but I would catch him glancing at the pages when I came to visit.  I recall my dad not wanting to go to heaven because God would force him to play a harp, and he had no interest in that, but I laughed and explained that God would give him his heart’s desire because God designed him to be a scientist.  “Dad, in heaven, you can study the galaxy for eternity,” I said and that made him smile.  Exactly what God did in the remaining 2.5 years, I can’t tell you because it’s a mystery to me, but I know that God revealed himself to my dad because our prayers are not in vain and so the morning of his final day, I saw a vision of the Lord, clothed in glorious white light, reach His hand out to my dad while he laid on his bed in the nursing home, and I knew God took my dad’s spirit home.  When I got there in the afternoon and sat by my dad’s bedside, I saw him still breathing, yet totally unresponsive, with a peace I have never seen before.  So I played the song for my dad, Precious Jesus, Take My Hand – and lead me home.

When we leave this earth, we take nothing with us. All the achievements in life are wonderful, but not eternal.  My dad’s greatest achievement in life was choosing Jesus – a choice that brought him salvation from his sins and eternal life, which Roland now enjoys.

Note:  A memorial service will be held at a later date at St. Catherine of Siena in Portage, Michigan with burial at Portage Central Cemetery.  For those who would like to make donations to assist with the cost of the funeral, you may contact the family.

So, what will be your greatest achievement?

I believe you rose from the dead and ascended on high. I believe You are coming back again to earth.

Dear Jesus, I am a sinner. Forgive my sin. Cleanse me now with Your precious blood. Come into my heart. Save my soul right now. I give you my life.

I receive You now as my Savior, my Lord, and my God. I am Yours forever, and I will serve You and follow You the rest of my days.

To order memorial trees or send flowers to the family in memory of Roland Joseph LeBlanc, please visit our flower store.