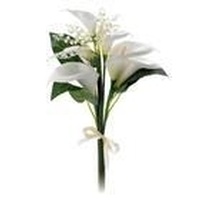 Passed away August 8, 2017 at Borgess Medical Center. Ronald was born May 15, 1938 in Kalamazoo to Abel and Floy (Meyers) Miller. He was a veteran serving in the U.S. Navy and retired as a supervisor from Beech Products after 43 years. Ron was a member of the National Street Rod Association for over 20 years. On November 22, 1975, Ronald was united in marriage to Sandra Kay Dove, who preceded him in death on November 15, 2011. Surviving are his children, Kari Jo Miller, Nicki (Tim) Tutt, Ron (Taylor) Miller all of Kalamazoo; two grandchildren, Marc and Haley McNett; four great-grandchildren,  Noah, Laikyn, Kiya, Easton; two sisters, Shirley Lough of Kalamazoo, Janet (John) Nieboer of Richland; brother, Jim Miller of Augusta; many nieces & nephews. A memorial service will be held 11 am Monday, August 14, 2017 at Parchment Redmond Funeral Home. Internment will be in Ft. Custer National Cemetery. Memorial contributions may be made to West Michigan Cancer Center.
To order memorial trees or send flowers to the family in memory of Ronald Lawrence Miller, please visit our flower store.