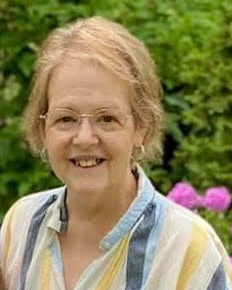 Sandra Kay Bush, 70, of Kalamazoo, passed away Monday December 26, 2022 at Rose Arbor Hospice. Sandra was born July 19, 1952 in Benton Harbor, the daughter of Lloyd and Betty (Hodge) Cox. She was a member of St. Joseph Catholic Church and was formerly employed by K-Mart, Benton Harbor Schools and the Berrien County Court House. Sandra retired from the Berrien County Court House in 2015 and moved to Kalamazoo to be closer to her four grandchildren. After a few short months, she quickly realized retired life was not for her and Sandra began part time work in the cafeteria at St. Monica School. She loved spoiling her granddaughters with special lunch treats and cultivated meaningful friendships with the staff and families. She enjoyed quilting, crocheting, knitting, traveling, photography, ceramics, ice-cold root beer floats, and spending time with her children and grandchildren. Sandra cherished every moment spent with her family and was especially proud of her children and grandchildren’s many accomplishments. In the fall of 2019, Sandra lost the majority of her eye sight due to complications from severe diabetes and only three months later, suffered a debilitating stroke. Her worsening symptoms resulted in Sandra being home-bound and the loss of her independence. Despite all her sufferings, Sandra maintained a sense of gratitude and adapted to her situation using tools such as Siri to navigate her iPhone. (Hey, Siri!) Surviving are her two children, Jennifer (Michael) MacKay, Michael Bush; brother, David Cox; two sisters, Diane (Mark) Trulove, Pam (Mike) McNerney; four grandchildren, Andrew, Ryleigh, Serena, Bridget; several nieces & nephews.  A Mass of Christian Burial will be celebrated 11 am Saturday February 4, 2023 at St. Joseph Catholic Church, Kalamazoo with luncheon to follow. In lieu of flowers, the family requests donations be made to the American Foundation for the Blind, an organization Sandra felt strongly about. Arrangements by Redmond Funeral Home. www.redmondfuneralhomes.net

To order memorial trees or send flowers to the family in memory of Sandra Kay Bush, please visit our flower store.