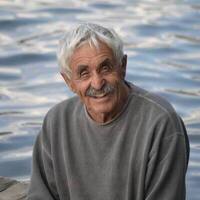 Passed away Monday July 18, 2022 at the Laurels of Coldwater. Stefan was born January 24, 1933 in Svinjarevci, Yugoslavia the son of Frank and Anna (Strumberger) Piller, Sr. Stefan was a U.S. Army veteran serving during the Korean War. He worked for National Water Lift, owned a machineshop and was a commercial property owner and was an overall handyman. On July 27, 1961 in Parchment Stefan was united in marriage to the former Wiesje VanDyk who survives. Also surviving are three children, Wini (Mark) VanderWal, Ingrid (Marty) Frouws, Karen (Mike) Wehrmann; two brothers, Frank (Judy) Piller, Jr, Rudy (Teresa) Piller; sister, Rose (Chuck) Quoss; sister-in-law, Bonnie Piller; 11 grandchildren; 9 great-grandchildren; several nieces & nephews. He was preceded in death by a brother, John Piller. Friends will be received 10 -11 am Friday July 22, 2022 at Parchment Redmond Funeral Home where services will follow at 11 am. Interment will be in East Cooper Cemetery. Memorial contributions may be made to the charity of one’s choice. www.redmondfuneralhomes.net
To order memorial trees or send flowers to the family in memory of Stefan Piller, please visit our flower store.