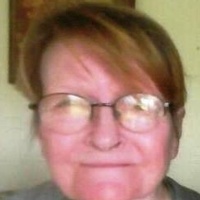 Suzanne Blankenburg Valerie passed away November 29, 2017 in Kalamazoo, MI. She was born September 4, 1944 to the Late Robert and Shirley Blankenburg. Suzanne graduated from Kalamazoo Central High School. She had a special relationship and bond with her parents; her 3 children were her pride and joy. In her spare time she enjoyed traveling, spending time with her surviving son Nicholas, drinking and relaxing while watching television. Suzanne would often give back to her community by donating her time and resources to different charities and local organizations. Earlier in life she worked for Goodwill Industries up until her retirement, she had two special pets; Ben & Foxy. She is preceded in death by her parents, two children Joseph “Joe” McManus and Anthony “Tony” McManus. Suzanne leaves to cherish in her memory her son Nicholas McManus; 1 brother R. Jeffery Blankenburg of Greenville, SC and 1 sister Bonita (Gary) Gross of Paradise Valley, AZ. A visitation to honor Suzanne’s life will take place Saturday December 9, 2017 at 11 a.m. with a 12 noon service to follow. Burial will take place immediately following in Mt. Olivet Cemetery.
To order memorial trees or send flowers to the family in memory of Suzanne Blankenburg McManus, please visit our flower store.