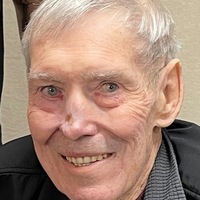 Tom Walton 80, passed away peacefully in his home on January 26, 2022, surrounded by his wife, Gail, his children, and grandchildren. He was born on June 13, 1941, in Comstock, Michigan, the son of Francis (family & friends called him Sonny) and Rhea (Mearing) Walton. Tom graduated from Kalamazoo Central, Class of 1959. Following graduation, he worked at Dollahans Gas Station on Kings Highway. He left Dollahans to begin the art of hard wood floor restoration with his father-in-law, Travis Dalrymple. He also worked at Eaton Corporation on Mosel until 1980 when he then went to work with Parchment Schools. Starting at North Elementary then finishing his years at Parchment Middle School, where he retired in 2005. His custodian position turned out to be one of his greatest joys. He took pride in representing the district by keeping the building clean and shiny, plus going in extra early in the winter to clean the sidewalks so the kids would not walk through snow. Along with, keeping the stage ready for the next meeting, talent show, or band event. Tom was always willing to help others, and so began a 10 year span of volunteering on the Cooper Township Fire Department. He met the love of his life Shirley (friends & family fondly call her Gail) in November 1959. They were married on July 23, 1960. Early in their marriage they enjoyed bowling, snowmobiling, & camping. Tom also enjoyed hunting, fishing, Lion’s football, and watching auto racing. Additionally, he enjoyed Michigan drives so Gail could take pictures of lighthouses. The two rejoiced with each additional grandchild and supported them by babysitting, fundraisers, going to early morning sports events to late evening band competitions. Further, in the years, they joyously welcomed their great grandchildren. Then in 2021, the two celebrated their 61st wedding anniversary. Surviving is his wife, Gail (Dalrymple) Walton, his daughter Pam, (Roger) Piper, his son Todd, (Tina) Walton, five grandchildren and three great grandchildren, Kristen with her son Roman, Tyler, (Sami) and their children Myles & Maggie, Victoria, Tomas, and Philip. His children and grandchildren all live within 3 miles from their Dad/Papa. Also survived by his brother Ron, (Sue) Walton, and nieces and nephews. He was proceeded in death by son Tommy, brother Michael, and parents Francis & Rhea. Visitation will be on February 3, 2022 at Parchment Redmond Funeral Home from 4-7 pm. Celebration of life will be held on February 4, 2022 at Kalamazoo Free Methodist Church, Maple Street, at 3 pm. Pastor Craig Watson will be officiating. Those who wish to remember Tom in a special way may make gifts in his memory to Centrica Care Navigators (formerly Hospice Care of Southwest Michigan). The family welcomes memories & messages in the “guest book” online with Redmond Funeral Homes. “An Admirable Man” If a man is honest with others and himself, If he received gratefully and gives quietly, If he is gentle enough to show his feelings, If he is slow to see the faults of others, but quick to discover their goodness If he is cheerful in difficult times, and modest in success, If he does his best to be true to his beliefs, Then, he is truly an admirable man. 2 Timothy 4:7 I have fought the good fight, I have finished the race, I have kept the faith.
To order memorial trees or send flowers to the family in memory of Thomas Roy Walton, please visit our flower store.